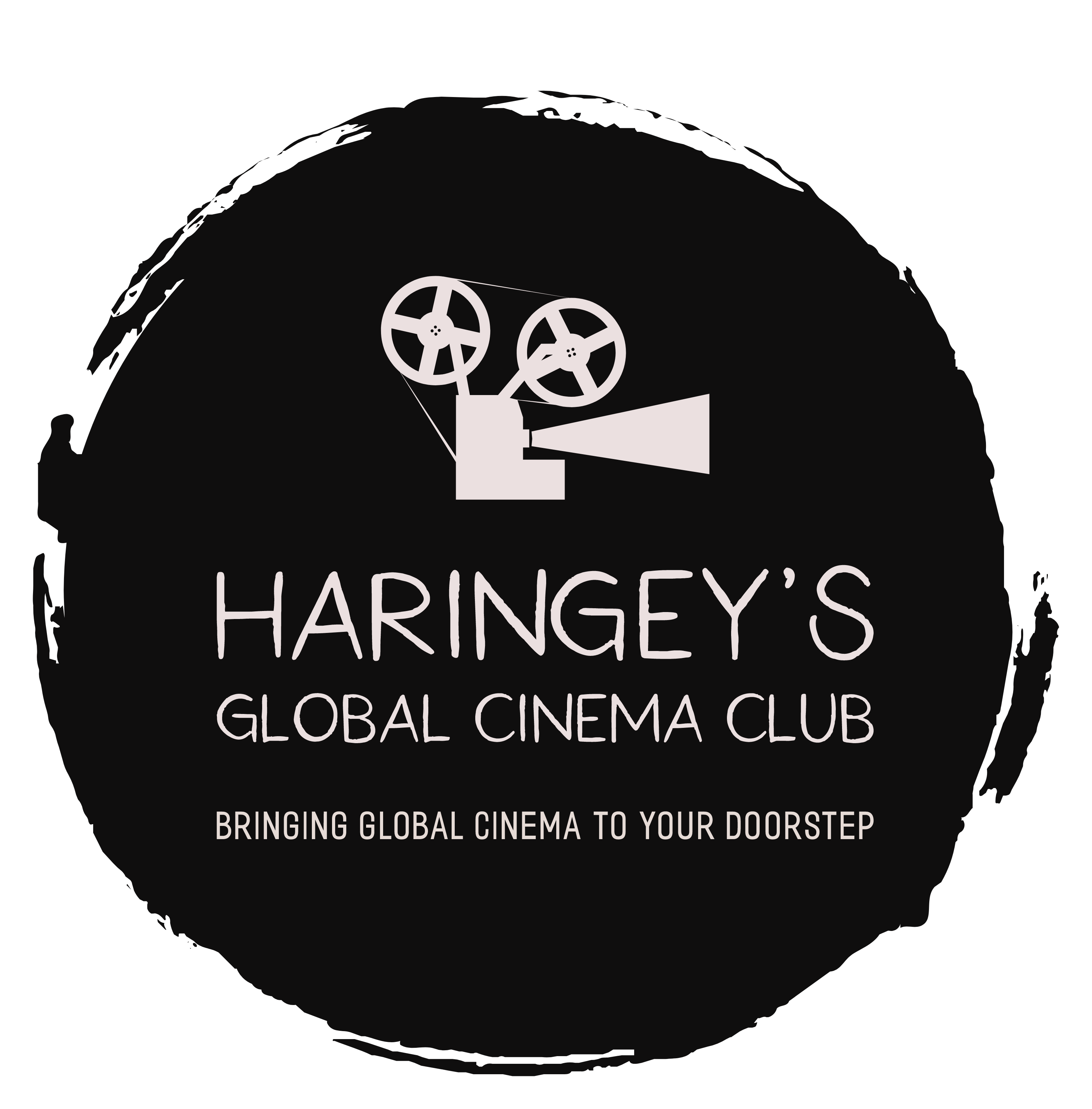 DIR. DENIZ GAMZE ERGÜVEN (2015)  THURSDAY 16TH SEPTEMBER 2021 The film that we have chosen to screen is a Turkish film called Mustang directed by French-Turkish filmmaker Deniz Gamze Ergüven, this is a very special film handpicked with absolute love and passion, it is a film that we hold extremely close to our hearts and we cannot wait to be able to share it with the community!

Beautifully shot, with stunning performances by its young cast, the Oscar-nominated Mustang is both a rousing tale of spirited youth and a powerful, moving and timely work of engaging social cinema. It’s the beginning of summer. In a small village in northern Turkey, Lale and her four sisters are on their way home from school, innocently playing with local boys. But prying village eyes view their games with suspicion and the girls’ behaviour – and refusal to repent – quickly causes a scandal among the family. Soon the sisters find themselves locked in their bedrooms, with sober dress enforced and their schoolwork replaced by cookery classes. Their home now a prison, all the girls have to live for are arranged marriages and family honour. But together, driven by strength, courage and a desire for freedom, the five sisters fight back against the limits imposed on them and test their family ties to breaking point.

It is film filled with light, hope and laughter but it is also a film that fundamentally tackles themes and issues such as girlhood, sexuality, and childhood marriage. Ergüven confronts an ingrained patriarchal culture of oversexualisation, silence and denial inherent within the society that the 5 girls live in as well as so many of our own lives. This is why I and so many others relate to this film like no other and also why we especially want to welcome those who identify as women and who are from in and around this region to come along to this screening! The film will be accompanied by a short post-screening discussion where we will be free to delve into many of these themes and issues and share our thoughts, feelings and ideas on the film with one another!

Tickets will be just £3 and will be accompanied by a goody bag filled with popcorn, sweets and an essay! Guests will also be invited to help themselves to a free drink and a plate of traditional Turkish food such as dolma! ☺️ 100% of ticket proceeds will be donated to a non-profit working directly in Afghanistan in honour of our last virtual screening which was a free screening of a film from Afghanistan; At Five in The Afternoon! ❤ All are welcome, bring yourselves or invite friends, family and partners and let us come together as a community to finally watch films in person again and have the shared experience of sitting in a dark space seeing a film together!   The venue is ventilated and socially-distanced seating will be in place. You can also wear a mask if you choose to! We cannot wait to meet you all and see some fantastic cinema together! 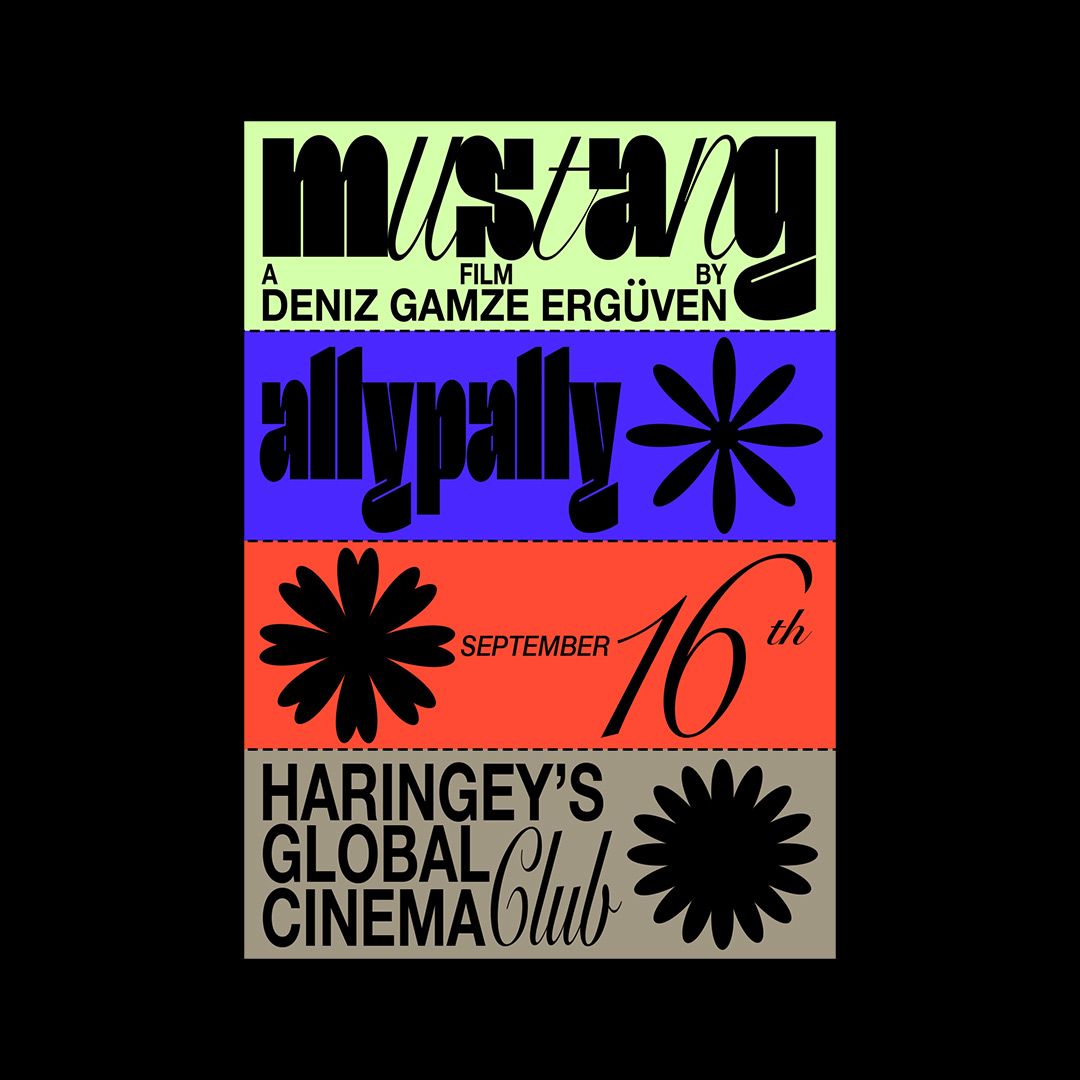 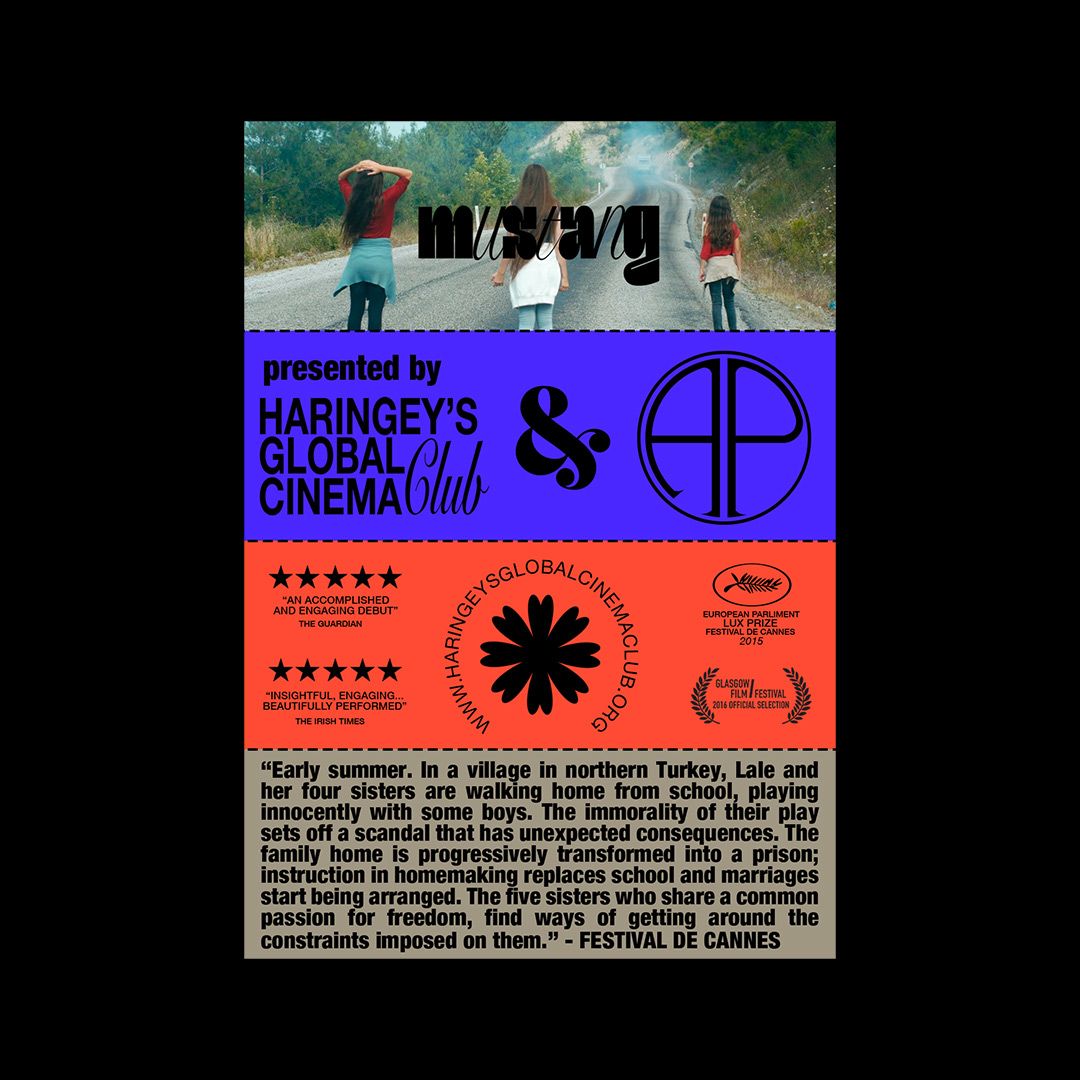 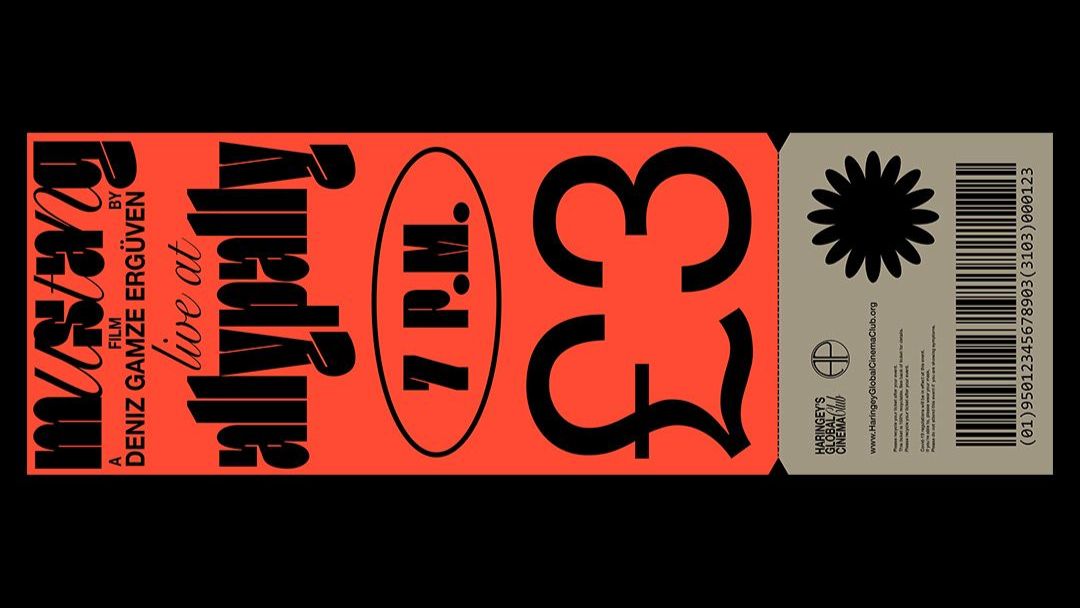 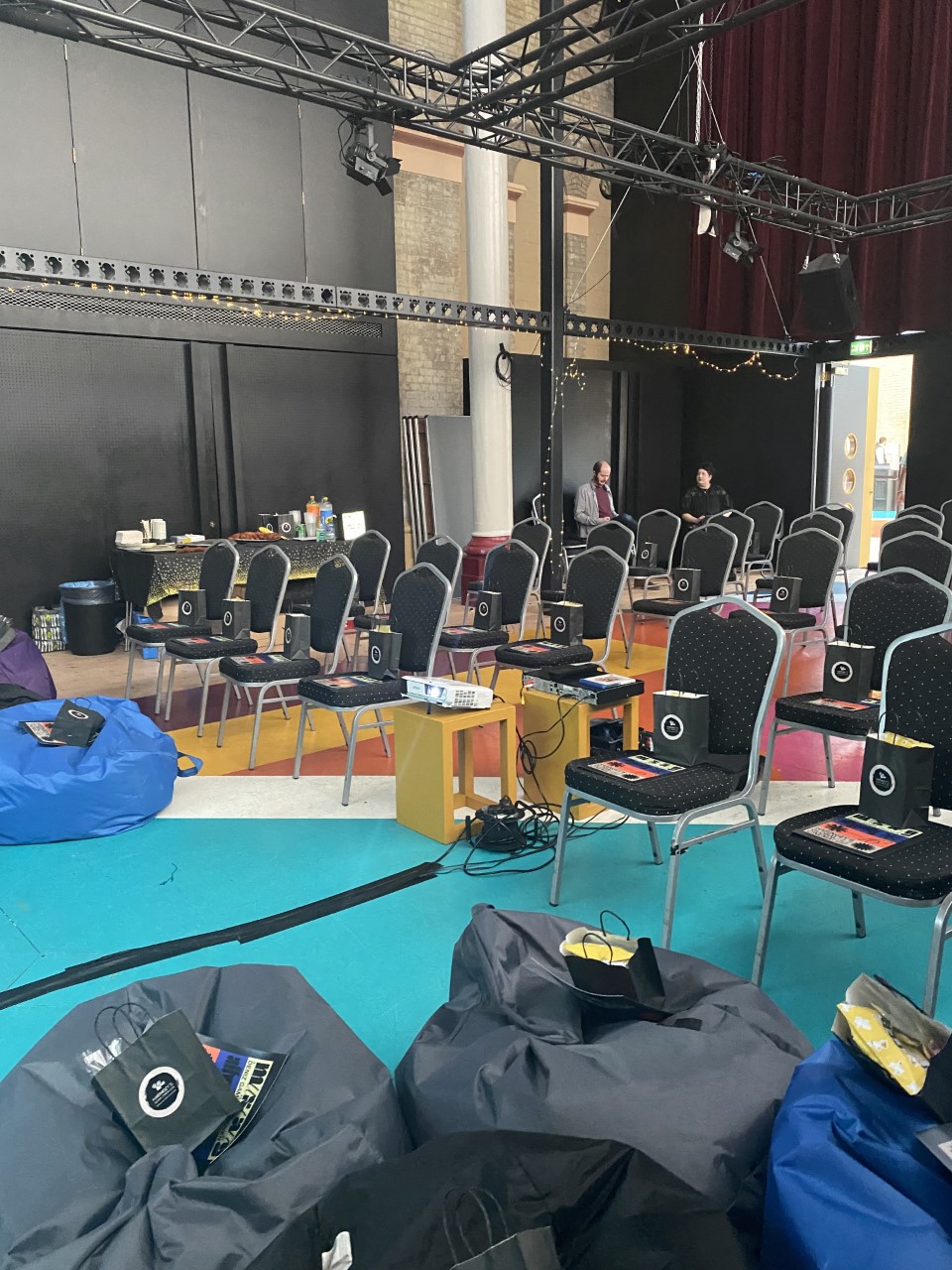 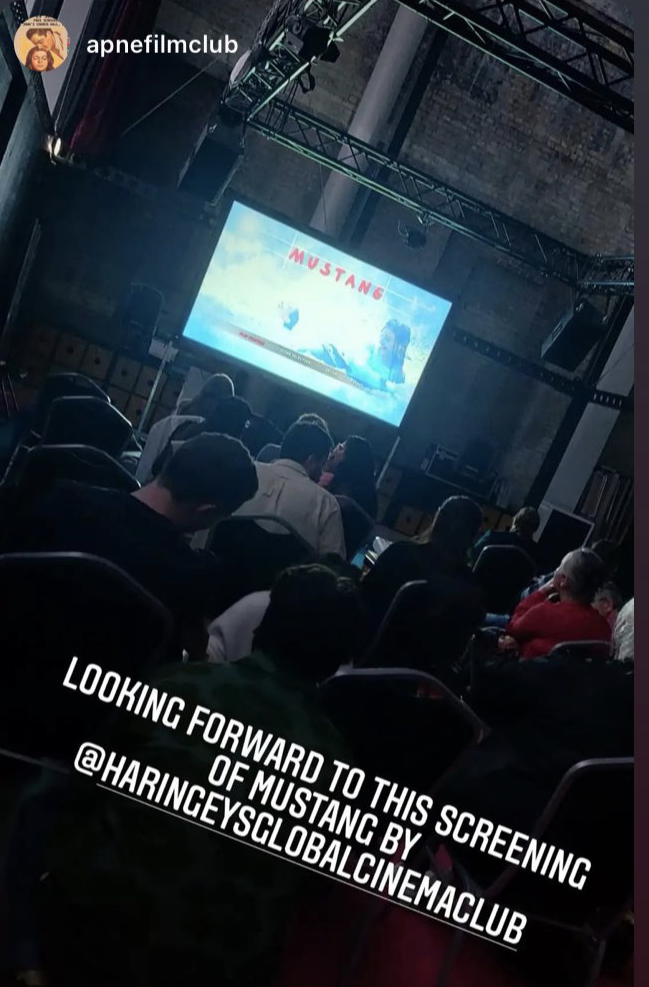 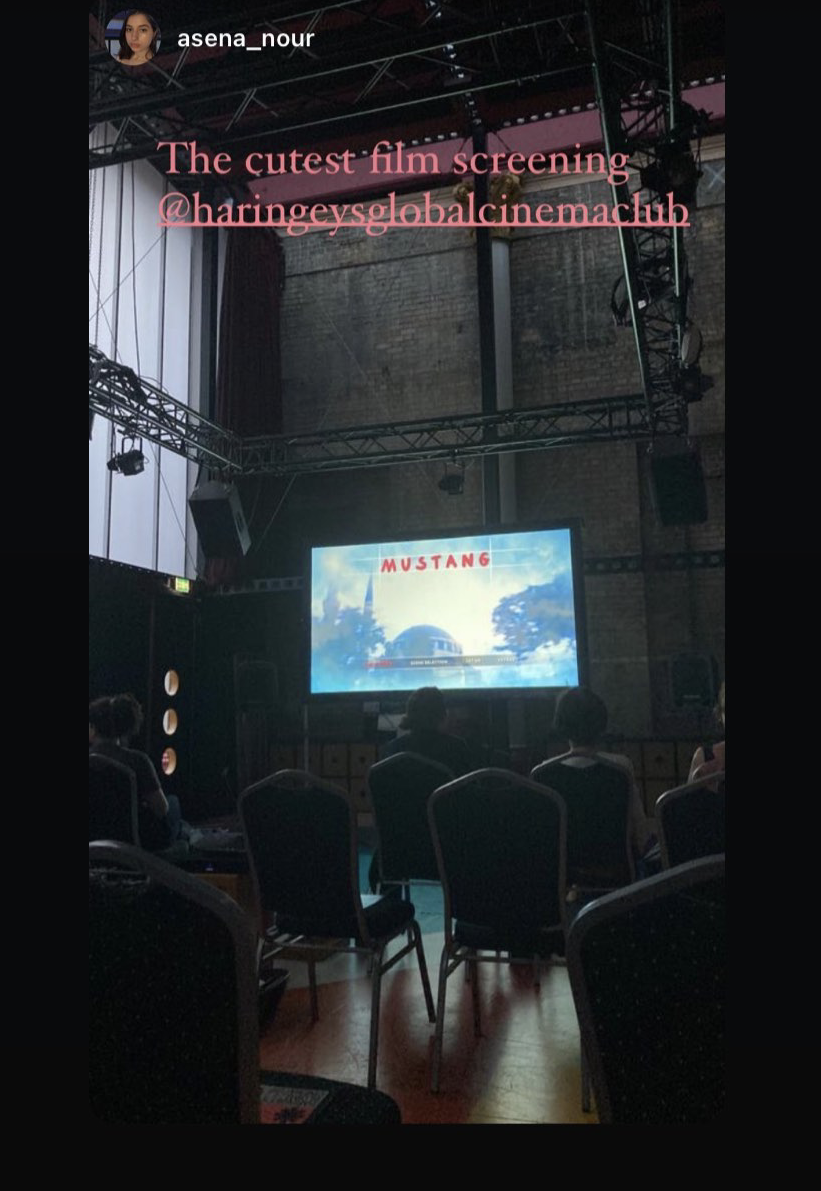 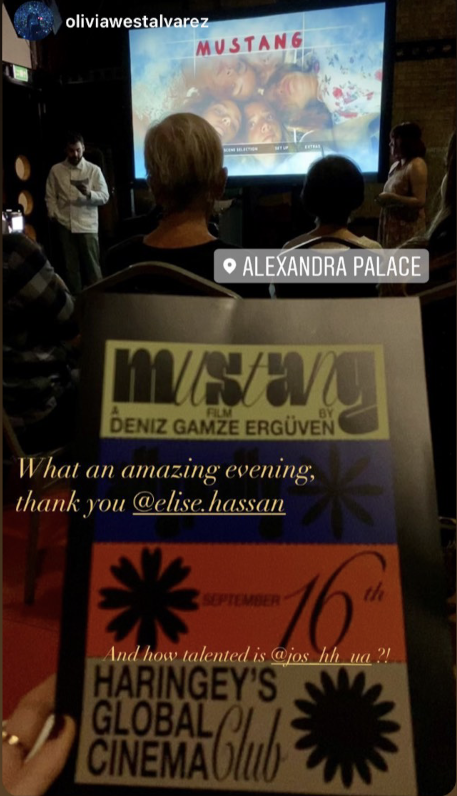 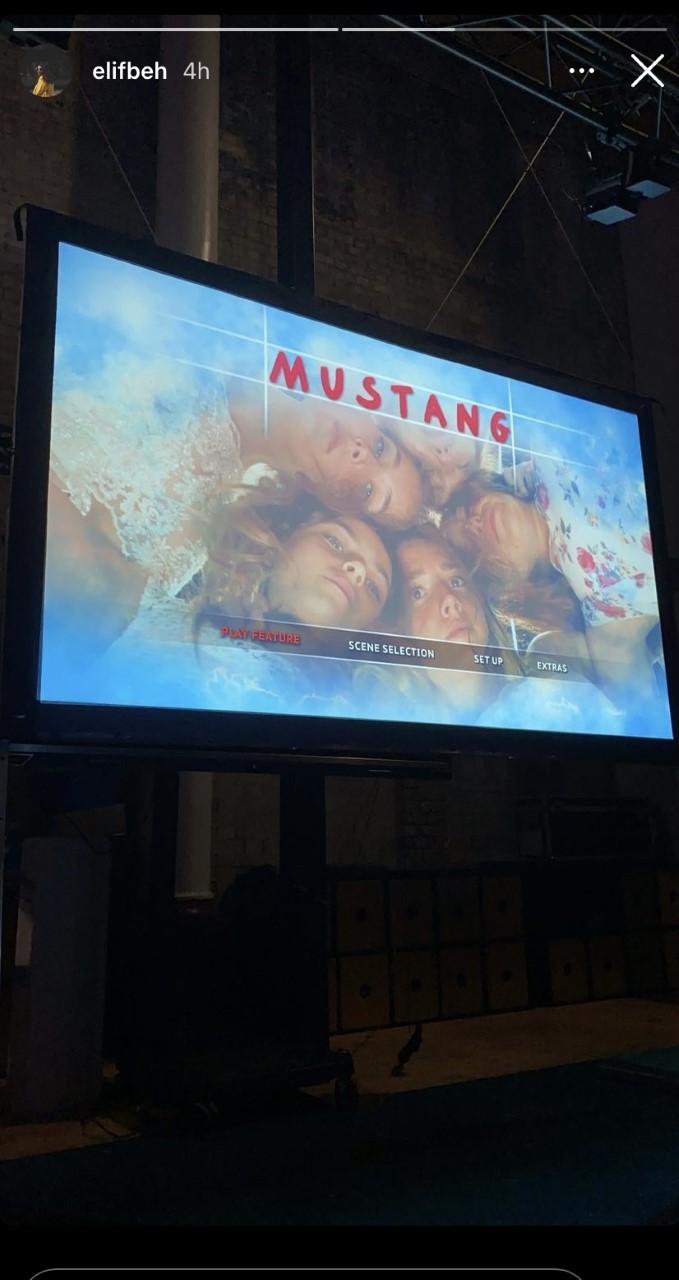 AT FIVE IN THE AFTERNOON  dir. Samira Makhmalbaf (2003)

15/05/21 - 16/05/21 I am so delighted to announce that Haringey’s Global Cinema Club’s first ever virtual screening will be a film from Afghanistan; At Five in the Afternoon (2003) directed by Samira Makhmalbaf!

The film follows the story of 20-year-old Nogreh, a sharp, intelligent and strong-willed young woman as she dreams about becoming president of a post-Taliban Afghanistan. Each day, as soon as she is out of her father’s sight, she removes her plain shoes and replaces them with pretty white high heels as she heads out to school with numerous other girls. It is in the school grounds that the film delves into the lives of the girls and we hear their thoughts, feelings, their hopes and ambitions and ultimately their grief and heartbreak. This very special, rare and FREE online screening will take place across two days on SATURDAY 15th and SUNDAY 16th of May. The film will be available to watch all hours on both of these days, allowing you the time and space to watch the film when best suits you and your needs! Once you have RSVP'd you will receive an email on the morning of Saturday 15th which will contain a link and password that will allow you to watch the film any time you like! All you will need to do is enter the password, hit full screen, play, then sit back and relax!

At Five in the Afternoon is slow, thoughtful and poetic as it touches on what is left in the wake of war and destruction: from poverty, hunger and death to the constant need to migrate from one place to the next. Samira Makhmalbaf does not reduce her characters to mere faceless victims with no voices of their own, but provides us with a protagonist who continues to carry the torch of her classmates and a story filled with hope and desire for change. No trailer exists for At Five in the Afternoon so we created one ourselves, completely from scratch, to give you a taste of the film and what to expect! 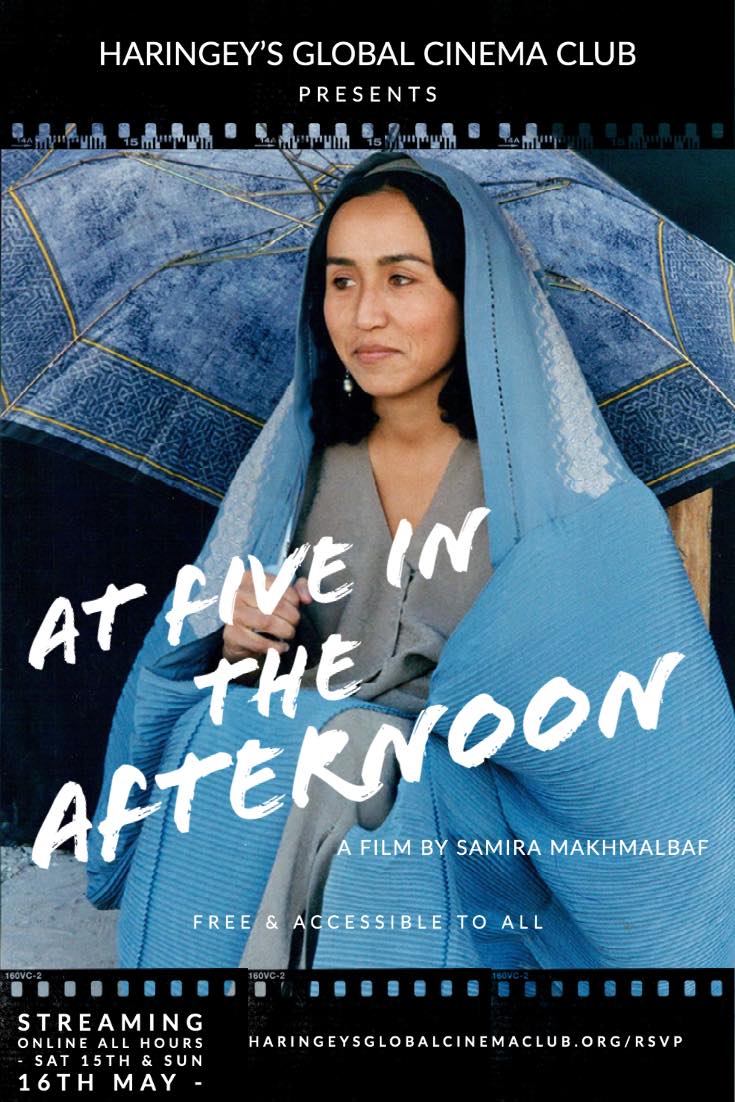 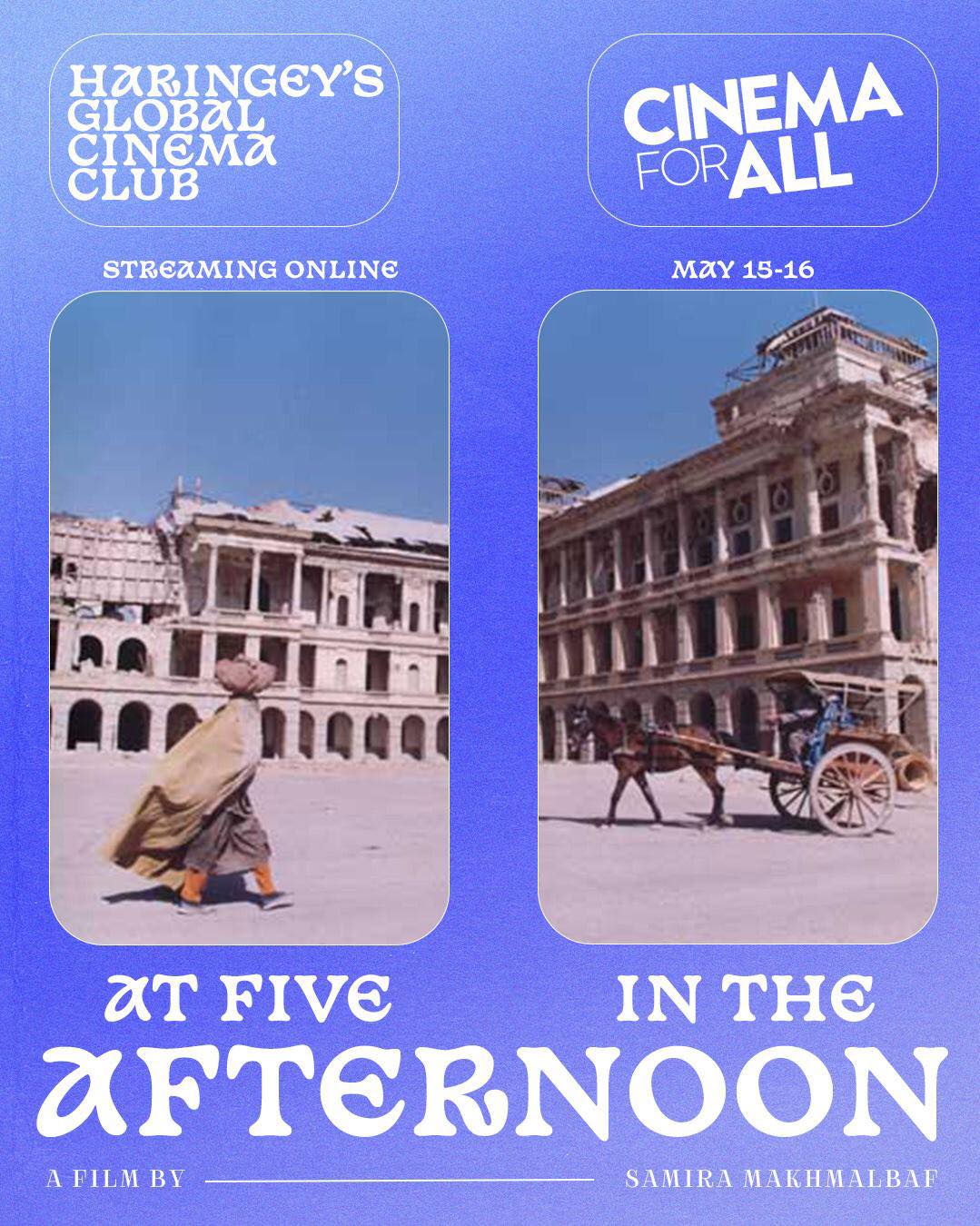 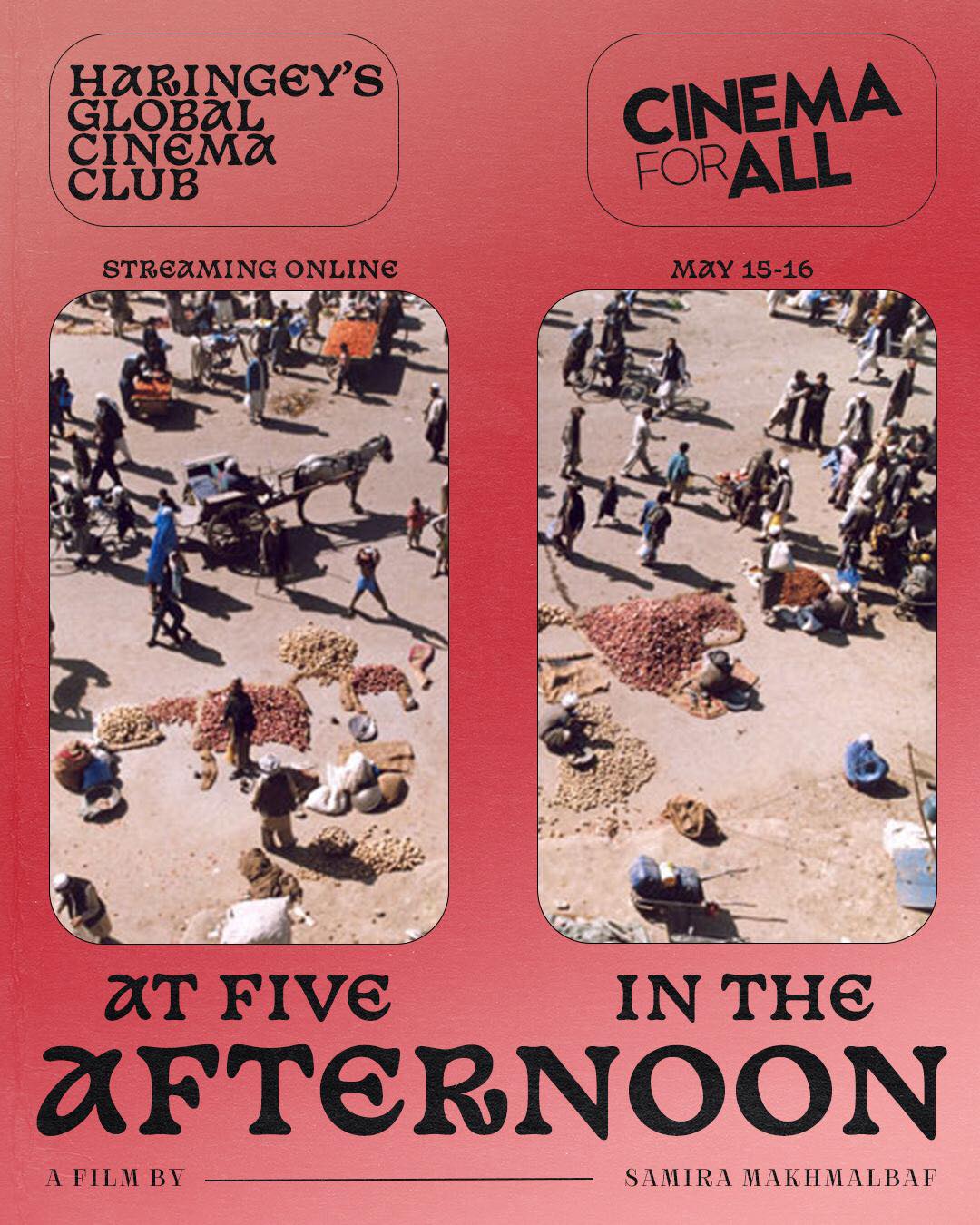